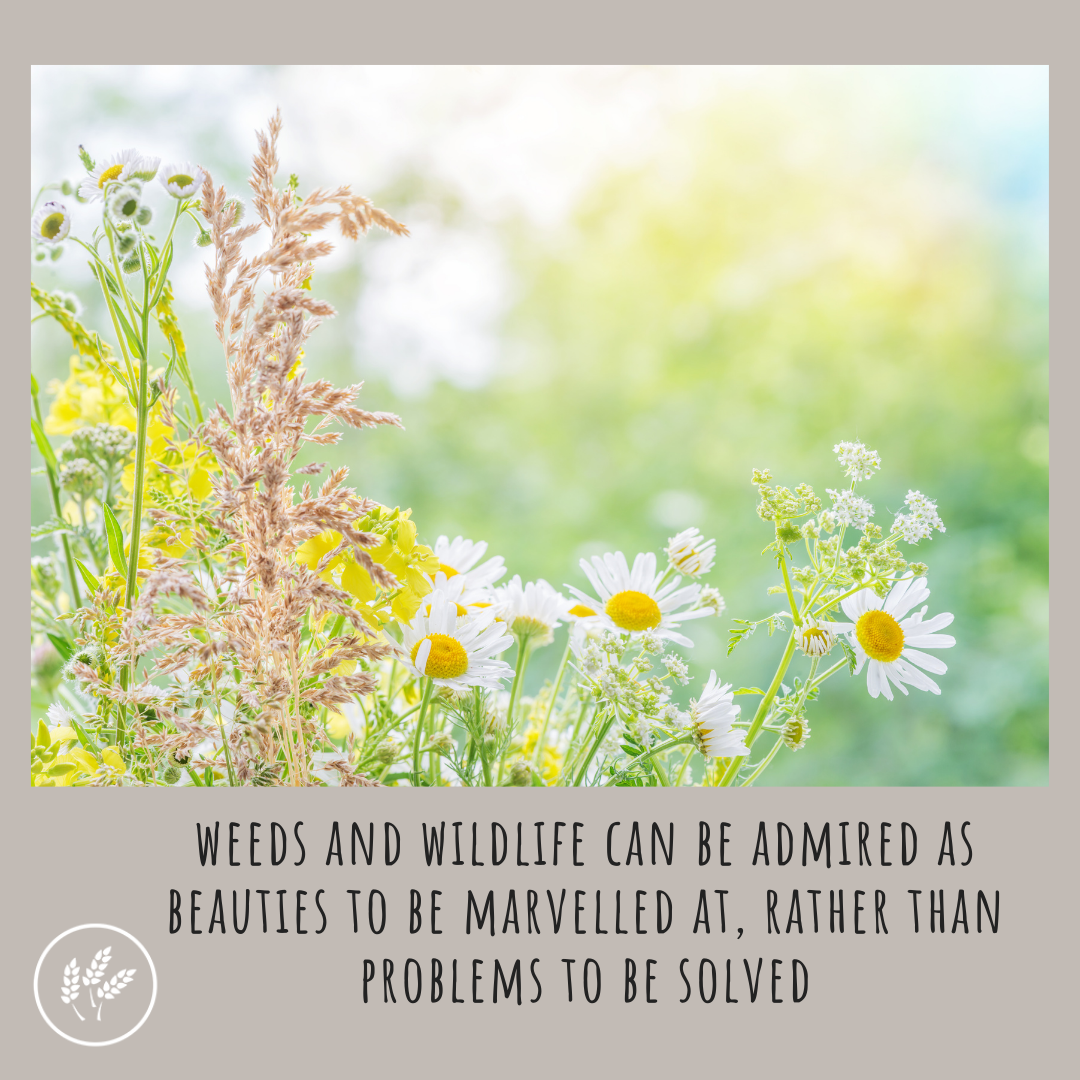 Spring is in full flow, with a bright green glow emerging across the countryside and the sound of Chiffchaffs heralding a new beginning. But the sudden and dramatic cold snap over Easter, where lashings of snow looked incongruous on the primroses, reminds us to have caution with planting out. There is a traditional belief that snow will still fall as long as the Blackthorn blossom remains in the hedgerows, and it has certainly been proven true!

We planned to sow a native wildflower margin in our market garden this year, to increase biodiversity and create a rich source of food for a new beehive. To be safe, we waited until the end of the month to do this, when the Blackthorn was starting to fade. Another bit of time-honoured wisdom which has come in useful has been the saying, relating to seed sowing, of “one for the rook, one for the crow, one to die and one to grow”. Although such rhymes probably came from a place of frustration for farmers who lost much seed to wild birds, they do express a necessary tolerance for sharing with nature. As farming, after all, is a manipulation of wild spaces, it is fair for our wild neighbours to take their share. The saying also contains sage advice for our personal lives; not every plan we ‘sow’ will come to fruition, we often need multiple ideas or attempts to reap the success we desire.

Without overly romanticising the past, we must acknowledge that our intolerance for wild nature has gone too far. As our countryside creeps towards the extreme of being a patchwork of monocultures, it has triggered a desire in many to release large areas of land from human interference and give it back to nature entirely via rewilding. The ‘R’ word sends shivers down the spine of many in the farming community, understandably. Land has been managed for centuries in order to create the food we all rely on, and the idea of abandoning it so suddenly is unimaginable for many farmers. Moreover, rewilding has the potential to be used as a ‘greenwash’, meaning that companies who damage the environment can protect their public image by buying land to rewild elsewhere. So, as with most things, it is important to strike a balance. Although I passionately believe large-scale rewilding has its place in some landscapes, I also firmly believe that ‘wilding’ the countryside is an exciting and important route to pursue. As 70% of Britain’s land is farmland, we need to weave the ethos of rewilding into these farms, to create a patchwork of wild and cultivated habitats. It is no good rewilding a large area of land, only to farm in an ‘ecocidal’, intensive way on its outskirts.

So how can we make farming wilder, then, without compromising on food production? The naturalist, campaigner and farmer Rebecca Hosking writes eloquently on this subject, with the idea of ‘agriwilding’. She believes that rewilding can pitch conservationists against farmers, a deeply unhelpful conflict when time is so short for solving this crisis. Agriwilding offers a third way between these two extremes, depicting how we can allow nature back into our farms and realise our position as part of nature. I highly recommend reading her detailed ethics of what this means in practice here: https://www.rebeccahosking.co.uk/agriwilding/

My favourite part of her list is “Never view any species as immediately unwelcome – instead understand they all have a message for you to learn”. In the market garden, we have frequent opportunities for this. Docks, for example, are a prominent weed we frequently battle with; struggling with trowels, blood, sweat and tears to pull its enormous taproot from the ground. Hosking’s ideas made me question why we are forever battling these ‘enemies’, and soon realised it was a sign we are cultivating the ground too much. Each time a plough runs through the soil, it slices dock roots up into countless tiny pieces, which then sprout and grow into new plants … which we then spend hours running after with our trowels … and so on.

So this year, we have not ploughed the garden at all. Instead, we ensured all exposed soil was covered during winter to prevent weeds recolonising, leaving our furrows intact and creating no need to plough again in spring. This has worked very well so far, having to weed a lot less than previous years, proving that the weed itself is not the problem, but instead our horticultural practices which have caused their populations to rocket unnaturally.

Another experiment I am trying is to leave a rather messy patch of brussels sprouts from last season’s harvest. Although unsightly to the well-trained gardener’s eye, these tall towers of leaves should be a tasty treat for insects like the Cabbage White butterfly, and its pretty yellow flowers will provide a rich source of pollen. In doing so, these will be ‘sacrifice’ or ‘decoy’ plants for caterpillars to munch through, luring them away from our current brassicas. That’s the theory anyway, I will update you on its effectiveness in a couple of months’ time!

Although excessive weed and insect populations can cause problems for the vegetable grower, letting some wildness into your vegpatch will help restore the balance of ‘wild vs tame’. If this balance is restored, it is unlikely you will experience an explosion of one particular pest, anyway. And aside from the ecological benefits, making changes such as these will help to make our countryside a more beautiful place again. As Sue Clifford and Angela King (2006, p120) note, “the legacy of monoculture and economic overdrive has changed our countryside and our culture. And although positive changes are increasingly happening, it would be so much harder now for John Clare to say ‘I found the poems in the fields and only wrote them down’”. By viewing our weeds and wildlife as beauties to be marvelled at, rather than problems to be solved, we make important steps towards re-enchanting our countryside.