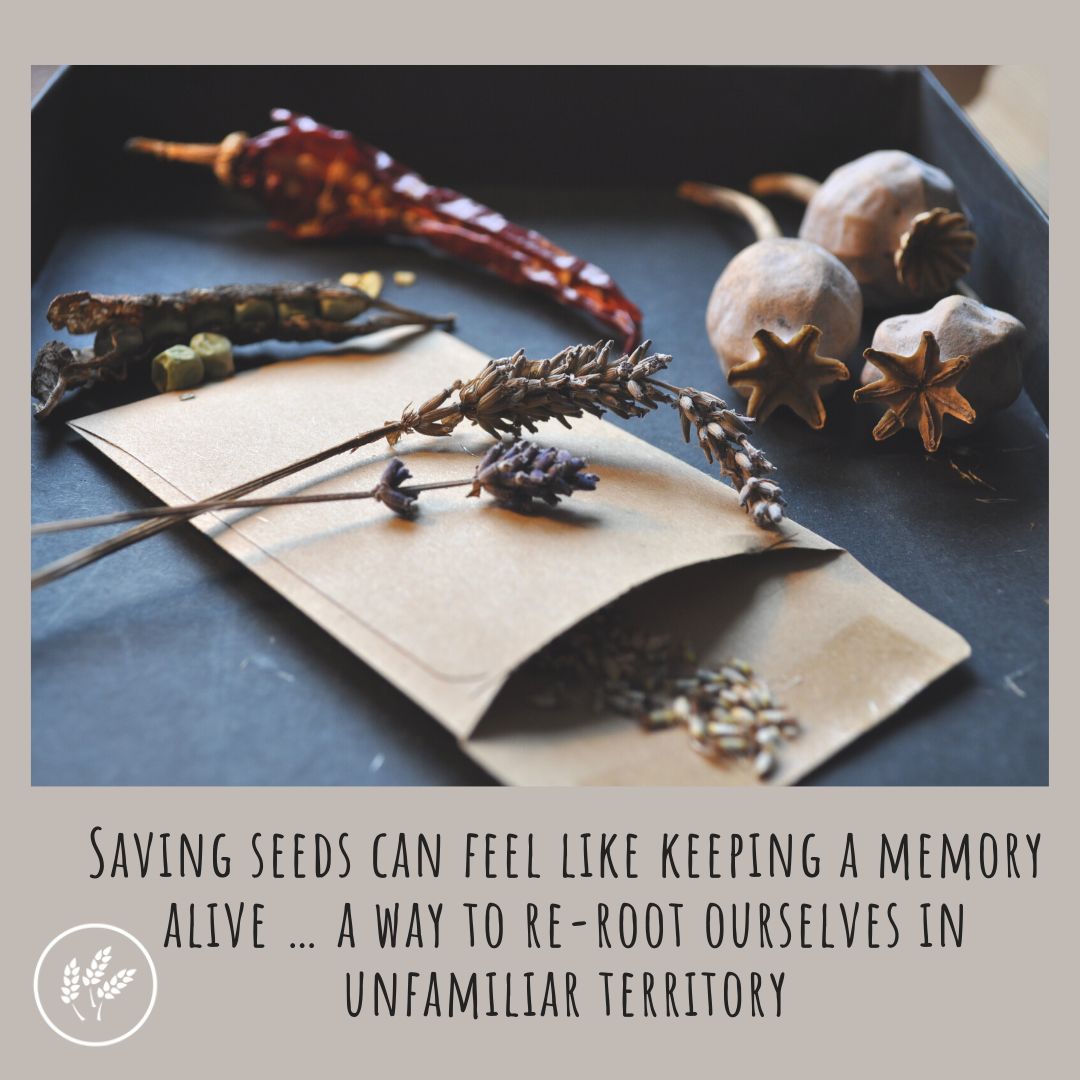 March fills my mind with one thing … seeds! It is the perfect time to begin sowing for the year ahead. Many growers in Northern Ireland have been struggling with seed shortages recently, because of disruptions related to Brexit. This sudden disappearance of something so vital to horticulture made me step back and realise the magnificence of these strange little objects, poised between the realms of the living and non-living. For the grower, they are the embodiment of potential and promise. The time-consuming, delicate work of seed sowing can be among the most rewarding of the year’s jobs, watching new plants spark into life and daydreaming about fruitful times ahead. For the plant, also, they are the embodiment of potential, giving what is otherwise a completely stationary organism the chance to become fully mobile. Seeds can remain dormant for staggeringly long periods, silently waiting until conditions are right for germination. Stories often emerge of viable seeds being discovered at ancient sites, such as the Sacred Lotus seed from a lakebed near a Buddhist site in China germinating after 1,400 years (Guardian, 2005). Seeds, then, can be fragments of living history and culture.

In recent years, however, seeds have become commodified and controlled by global industries. The commercial seed market is now dominated by just two firms (Howard, 2016). As with most natural entities, dramatically scaling up their production for human consumption involves destroying diversity and privatising knowledge. This is a central concern of agroecology, as people seek to restore ‘seed sovereignty’.

To understand this term, we need to understand why the commercialisation of seeds poses problems. Large corporations selectively breed or genetically modify plants until they create exact, desired characteristics. Once this happens, the seed is then patented. Treating something so essential to food and ecosystems as a product to be patented is damaging in two major ways. Firstly, it eradicates the little quirks a plant may develop – which may have been the adaptations allowing it to survive in a particular environment – in the name of creating uniform products. In short, it hinders natural selection. As climate change is bringing a whole host of unpredictable weather events, now more than ever we need to give organisms back their potential to adapt.

Secondly, it makes the grower’s supply of seed incredibly insecure. If big seed companies develop a plant which flourishes, say, in drought conditions, but will produce sterile seeds, it locks farmers of arid landscapes into purchasing expensive seed year after year. These ‘perfect’ but sterile plants are known as ‘F1’ varieties, and seed companies will heavily guard the secrets to making them. This stifles farmer innovation, de-skilling them and draining from the collective pool of knowledge without giving back. Such processes are causing incalculable misery in countries such as India at present, where debt and crop failure related to the corporatisation of seeds has been the cause of many farmer suicides.

Although we have been led to believe that we ‘need’ to buy seeds annually, we are forgetting that for many thousands of years seed saving was a routine part of the farming calendar. So perhaps the events of this year could be interpreted as encouragement for us to re-learn the old craft of seed saving. Reclaiming seeds in this way is what is meant by ‘seed sovereignty’. For many, it becomes almost an addiction, representing not only an engaging hobby, but a chance to celebrate and preserve cultures in the process (listen to the podcast Cultivating Place, listed below, to hear a brilliant example of seed saving as celebration of culture in the Palestinian Heirloom Seed Library).

The process for many plants is simple. A favourite of mine is collecting runner beans (note: avoid growing F1 varieties for this, as these will not produce viable seeds). Simply choose one strong and healthy plant, allow it to mature and the pods to turn brown and brittle, remove the beautiful marbled dried beans, and package into an envelope for next year. The process can be more complex for other seeds (hence the potential for this to become an addictive and skilful hobby) but starting with something simple like this is a brilliant entry point. The picture above shows a selection of seed pods I saved from 2020, which are also brilliant for beginners: peas, chillies, Hungarian blue poppies, cornflower and lavender.

This year at Jubilee we have been getting seed from the Irish Seed Savers Association, one example of the excellent organisations popping up around the world to preserve indigenous or unusual plants, suited to their local environments. By growing heirloom varieties like the ones available from these organisations, or indeed doing any kind of seed saving yourself, you are performing an act of conservation in your own garden. As the plants will be open-pollinated by a variety of creatures or the wind (potentially bringing in pollen from different cultivars of the plant), you may even find that its appearance changes (in colour, fruiting habit etc.) as the years go on. This is biodiversity in action; a new, very slightly different variety of plant has just emerged in your back garden, and I think this is a rather wonderful phenomenon to witness.

So, I hope this month’s blog has tempted you to try seed saving this year. Although a relatively simple act, it can bring a great sense of independence and satisfaction. In addition, it can also be immensely comforting to save a variety of seed for many years. As we move houses or move on from different periods of our lives, to have seeds that we associate with that place or time can feel like keeping a memory alive, a way to re-root ourselves in unfamiliar territory.

Howard, (2016). Concentration and Power in the Food System: Who Controls What We Eat? Bloomsbury