On living ‘inside the environment’ 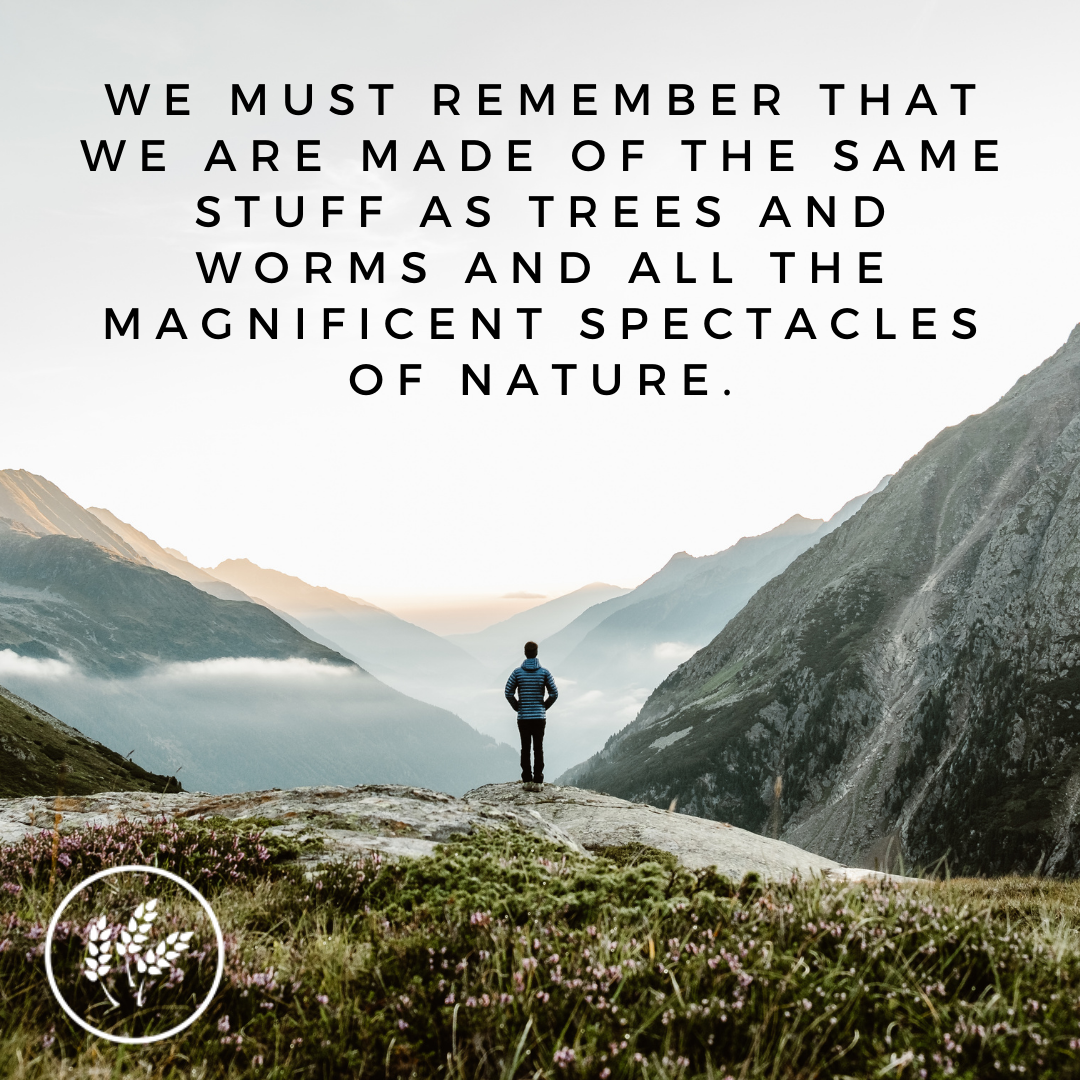 There is a comedy sketch I enjoy in which a news presenter asks a politician about an oil tanker accident out at sea.  When the politician is asked to comment on the impact on the environment he very firmly responds that there was none since the ship has been towed ‘outside the environment’, there to self-destruct in harmless obscurity.

While the idea sounds ridiculous, many of us today seem to have a similar notion buried somewhere within our cultural understanding of ‘nature’.  People often talk as if humans are wholly distinct from nature, and that we not only can but should separate ourselves from it, to extract ourselves from ‘the environment’ just like the oil tanker and live separately.  You can see this attitude emerging in different places.

One such is the ‘spare’ side of the ‘spare versus share’ debate: proponents of industrial/intensive agriculture cite as one of its benefits that it requires less land (since more food is grown on a given area), thus freeing up more land for nature.  Then there is the belief that over and above the laudable aim of preventing animal cruelty, the best way for us to coexist with the rest of the animal kingdom is to live separately, meeting our needs exclusively from plants and mineral matter and limiting our animal interactions to excursions ‘into’ nature to ‘observe’ it – whether in a local forest or a wildlife reserve.  Hence, for example, dogmatic veganism or opposition to hunting.

This attitude runs deep.  Even hill farmer James Rebanks, among his otherwise insightful reflections on the realities of farming, succumbs at points: [t]echnically, the best thing we could do for nature in most landscapes is to not be there at all’.[1]  One can almost see him wringing his hands ruefully as he says ‘I have come to accept that farming … is usually a downgrade on what might be there if humans weren’t’.[2]  Yet these kinds of claims lose much (though not all) of their force when we remember that we are made of the same stuff as trees and worms and all the magnificent spectacles of nature.

Moreover, it is strangely inconsistent to venerate ‘nature’ and yet count as naught the high points of human culture.  If a buffalo can be majestic, why can’t a Hereford or an English longhorn, or one of the other 1,000 breeds of cattle which resulted from the ‘12,000 year history of co-evolution between mankind and the animal and vegetable kingdoms’?[3] Plenty of man-made chemicals are extremely dangerous, but so is rattlesnake venom.  Birdsong is beautiful, but so is Bach – they both have their different and incommensurable beauties.

I don’t want to throw out the baby with the bath water: the Christian worldview underpinning Jubilee’s work sees humans as distinct from the rest of nature in important ways, and this means we are responsible for making difficult decisions over competition for finite resources.  But we must remember firstly that competition would be there even if we were not, and secondly that when we do it right and carefully tread the fine line between taking what we need and taking what we don’t need, we are able to enrich the natural world and create unique environments which only add to world’s diversity (for example, the rice terrace landscapes throughout Asia).

Either way, for better or worse, we never were and never will be (I pray) ‘outside the environment’.