How to be a good Nimbyist 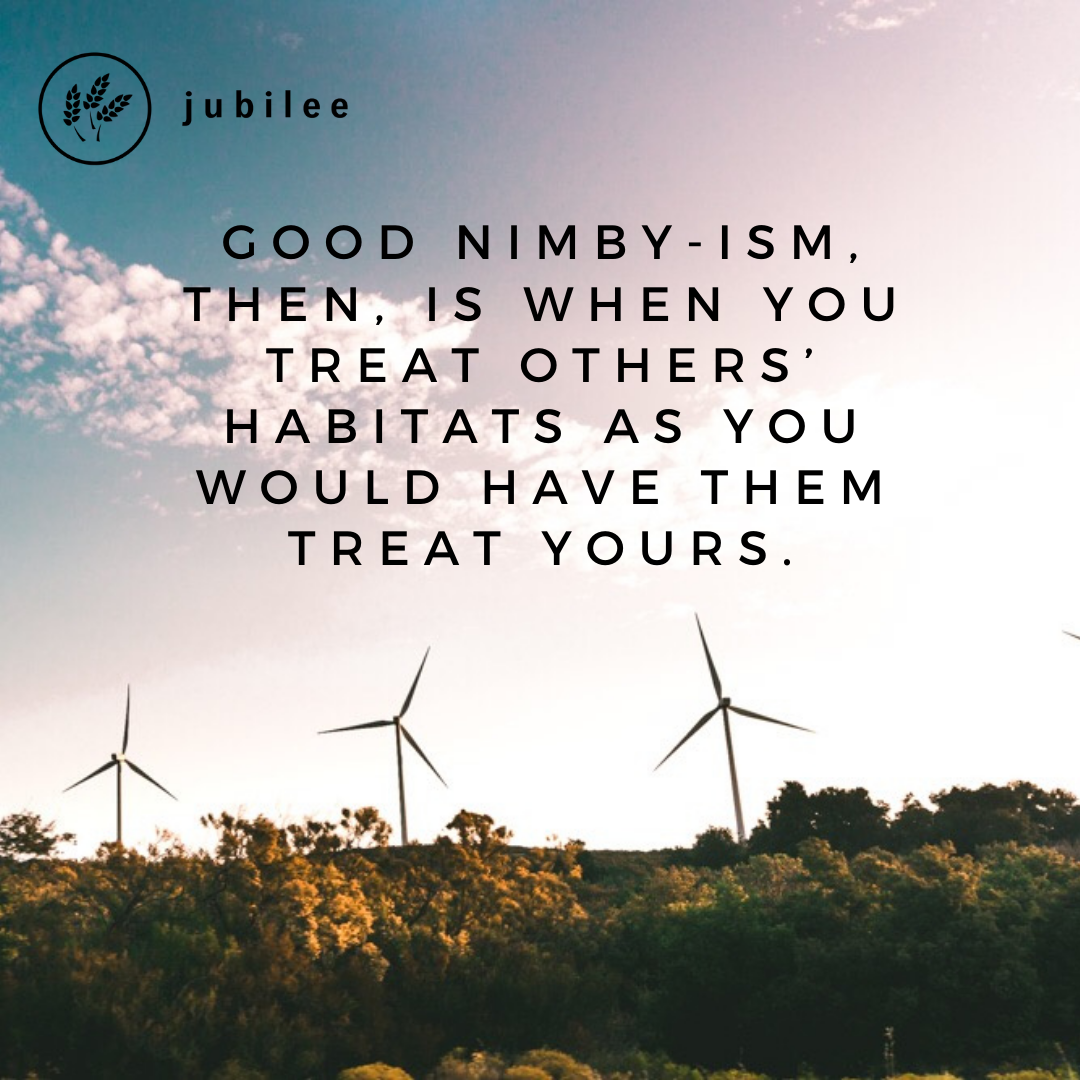 It is not a new phenomenon.  In the British Isles it stretches at least as far back as the institution of ‘Forests’ in the 11th century: a term which originally referred not to a bunch of trees but to an area of land where deer were to be kept for the exclusive use of the monarch.[1] Although neighbouring peasants needed to hunt in lean times, the king strictly forbade them from hunting deer in his own ‘back yards’.

This is a very different kind of NIMBY-ism from that of the ‘Guapinol eight’, a group of Hondurans currently in pre-trial detention for protesting against an iron oxide mine which threatened to contaminate their village’s water source.  So, what makes the difference between good and bad NIMBY-ism?

One way to tell the two apart is to see whether those crying ‘NIMBY!’ live consistently by that creed in how they use resources from others’ ‘yards’.  Part of the injustice of many systems of land-use has been that not only were poorer people barred from using common land or hunting royal deer, but these prohibitions were often one-way affairs.  ‘In the 18th century the deer of the Crown forest estates grazed, and had a right to graze, on the crops of neighbouring small farmers’.[2] A modern example of the same phenomenon would be in 2014, when the CEO of oil company Exxon, who otherwise supports fracking, surreptitiously joined … a local anti-fracking lawsuit (he was concerned his property value would be affected).[3]

Closer to home, I know of a community in Northern Ireland who adamantly protested against fracking activity in their area, but did not show any interest in setting up renewable energy sources in its place.  Implicitly, they didn’t want others to exploit their own locale for gain but were perfectly willing to continue heating houses and driving cars as a result of resource extraction activities in someone else’s ‘yard’, out of sight and out of mind.

Good NIMBY-ism, then, is when you treat others’ habitats as you would have them treat yours.  As hill farmer James Rebanks puts it (in a slightly different context), ‘the global challenge of how we live sustainably on this planet is really a local challenge.… It is good sense for a lot of our food to be produced around us and under our gaze’.[4] Not just good sense, but fairer and more honest too.  The same goes for the materials we use for shelter, clothing, health, and, of course, energy.

This requires a shift in how we see the natural world around us: urban Westerners today tend to have a squeamish view of those who hunt, forage or otherwise ‘interfere with’ the ‘environment’, as if they are defiling something holy.  But our environment is not something holy or ‘other’: it is something which we are part of, and which is part of us.  More on that next time.