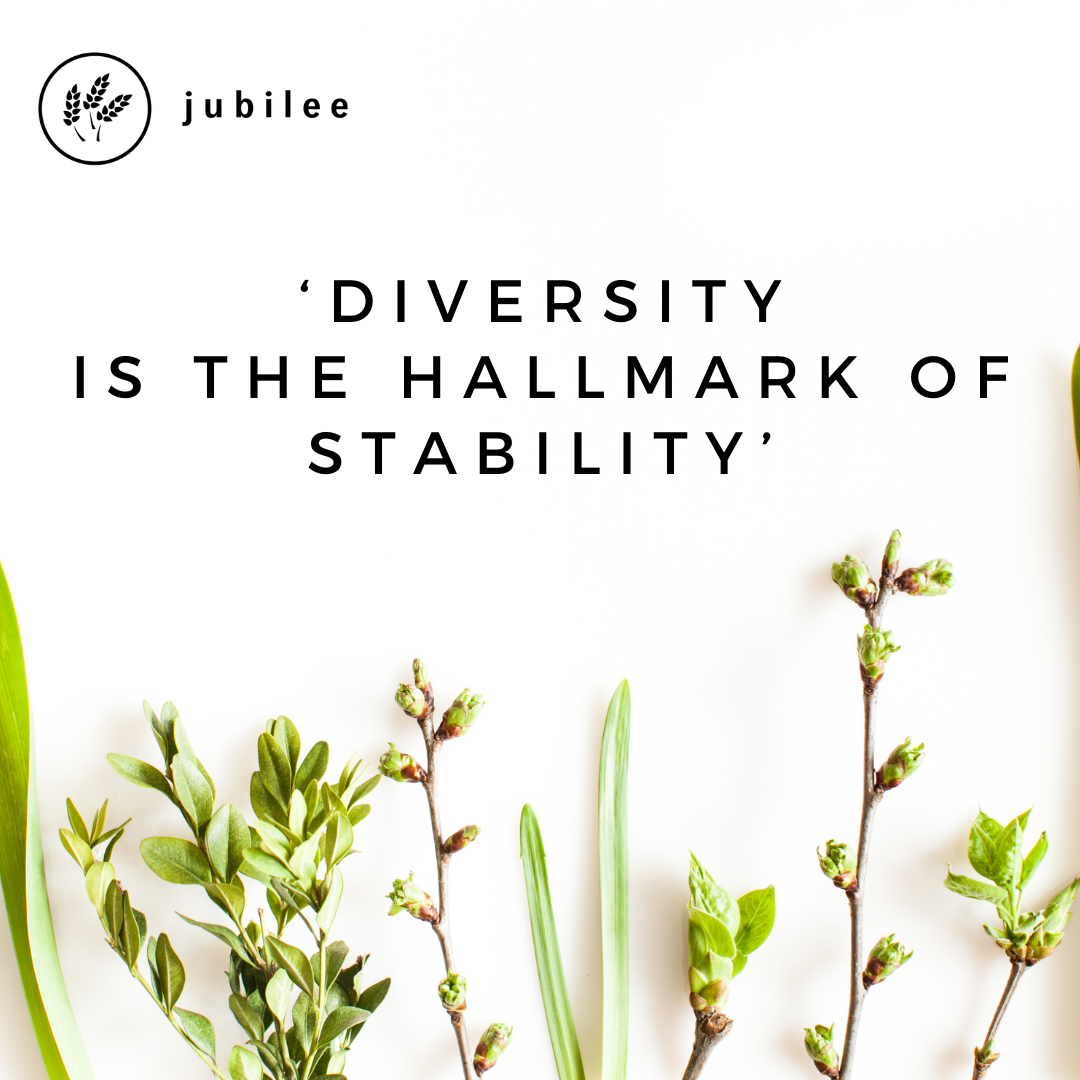 Humans, it is often said, cannot cope with complexity.  Various psychological studies apparently confirm and quantify the claim that we are only able to account for so many variables when totting up numbers in our heads, or to focus on so many things simultaneously (e.g. G.A. Miller 1955 Psychological Review Vol. 101).  Yet the world we live in is endlessly complex.

Hence it is natural that one way in which humans have sought through the ages to exert control over their often precarious circumstances has been to simplify and standardise natural processes.  Canals were built to channel water in a controlled fashion.  Foresters in the more recent past planted large areas with only one or two kinds of trees and prevented the natural influx of other species to colonise these areas.

One of the most impressive examples of this today is industrial agriculture, as practised most prevalently in Western countries.  Instead of the mixed farms characteristic of more subsistence-orientated economies, these farms, primarily growing produce to sell, usually focus on either crops or animals, and then usually on just one or two.  The breed or variety is typically one of a small number chosen to deliver specific, predictable results.  In older mixed farming systems soil fertility is maintained through the careful management of the interplay between animals, plants and the land.[1]  By contrast, industrial crop farmers typically just apply any necessary fertilisers from a bag in precise quantities.  Similarly with the control of pests.

In the short-term, these methods can and have created abundance.  But the long-term impact of this kind of system is to destabilise natural systems, because diversity is the hallmark of stability.  ‘Don’t put all your eggs in one basket’ applies to lots of contexts.  For example, many pesticides are pretty blunt instruments, poisoning not just the intended targets but myriad other life-forms such as bees and other pollinators.  Given the important role pollinators play in many plants’ reproductive cycle, eliminating them puts the continuation of this cycle in jeopardy.

And even if we are able to carefully target and eliminate one species, the resulting imbalance in food chains can have unforeseen consequences.[2]  We are like a small child who has gained the motor skills necessary for grabbing pot handles and knives, but who is not yet able to handle them safely – moderate capacity can be more risky than no capacity.

That’s why more and more people advocate farming methods which are intended to accommodate and work with with the complexity inherent in natural systems, whether that be organic farming, Integrated Pest Management, or mixed farms (such as Jubilee) incorporating both animals and crops.

Such methods have their disadvantages too, and may from year to year be less productive than intensive farming insofar as they give more free rein to nature for better and worse.  But they are based on the premise that it is better in the long-term to accept and live with the uncertainty which comes with complexity; to work with the grain of natural processes rather than against them.