The High Cost of Low Prices 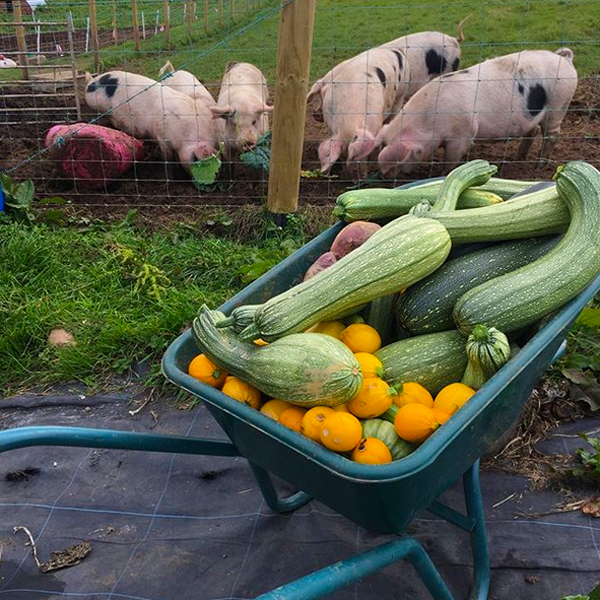 Last month’s blog post introduced a rather bleak trade-off between economic health and ecological health.  The gist was that we live in a world ‘in which everyone lives by persuading everyone else to buy things’,[1] and that the planet – and therefore, indirectly, humanity – sustains damage as collateral to this frenetic activity.  Our closing question was: do we really have to choose between clean air and an adequate paycheck?

To answer this, it is useful to take a step back and ask why it seems to be necessary for our societies as a whole to produce so much in order for everyone merely to get by.  Part of the answer is that so much of what we sell is so cheap, and when you get very little for what you sell you can either (a) sell a lot of it or (b) cut your costs.  It is easiest to see this in agriculture: ‘[w]here once a 160-acre ‘section’ produced enough grain for a family’s livelihood [in the USA], today 1,600 acres with a much greater yield per acre is just barely enough to keep a family in business’.[2]  Why?  Partly because the grain sold became cheaper and cheaper over time.

Why, in turn, does it become steadily cheaper?  Because someone finds ways to produce it more cheaply, and in markets where consumers are free to choose whom they buy from, the cheaper product will be chosen preferentially.  The higher-cost producers will therefore either have to lower their costs too or go bust so that only the cheaper product remains.

But notice two things.  Firstly, while some of the ways of producing food (sticking with agriculture as our example) are genuine improvements, others are not.  Feeding cows with Brazilian soy produced by destroying rainforests certainly makes for cheap burgers – but only because the forest foots the hidden bill.  Secondly, farmers have little choice but to engage in these destructive practices because of something beyond their control, but within ours: the price they receive.

And here is where our imaginations matter.  There was once a time when it was ‘just the way things are’ that the sugar in people’s tea was tainted with the blood of African slaves.  That changed because some people imagined a more compassionate, generous world where some were willing to pay a bit more for their sugar cubes so that others might suffer less.

We do not have to choose the cheapest option – and very often, the cheapest option is only cheap because it has hidden costs.  In that sense, it may also be irresponsible to blindly choose what is cheapest.  Of course, if everything we buy is more expensive, we will have less for ourselves in total.  But that is where imagination matters again.  We all know that millionaires can be deeply unhappy, but the converse holds true too.  We can choose to be satisfied with less and to change what we prioritise: ‘[i]f more of us valued food and cheer and song above hoarded gold, it would be a merrier world’.[3]